Save 50% when you bring a buddy on our Trekking Amongst Giants trip! Use the code: Pakistan50 For many centuries the people of Hunza Valley in Northern Pakistan have been living in the shadows of the mighty Karakoram Mountains. It was not until the Karakoram Highway opened in the late 1970s that access to the various valleys that make up the greater Hunza region was even possible by car.

To give you an idea of just how remote some of the villages are here in Northern Pakistan – think about how the Western United States was before colonial expansion and primitive road networks developed at the beginning of the 19th century; Hunza was the Pakistani equivalent to the “wild west” for so long that much of its distinct cultural identity remains intact to this day.

Upper Hunza was ruled by a Mir or king as recently as 1974 – which is pretty mind-blowing.

So what makes the people native to Hunza so special?

Why have we been traveling to Hunza Valley since Epic Backpacker Tours started?

Let’s take a quick look at a few of our favorite aspects of Hunza Culture.

There are two main ethnic groups and languages that make up Hunza Valley.

Though only 30 kilometers separate these two areas, Burushaski and Wahki are two completely different languages. There is definitely some cultural overlap between the two groups in terms of lifestyle and religion but in order to communicate with one another, people from these two distinct communities typically speak together in Urdu – the national language of Pakistan.

If this was France as an example – that’s kind of like driving down the road to the next town over and instead of speaking French your neighbor speaks Chinese and in order to properly communicate you need to speak in Swahili – that’s how different all of these 3 languages are.

The Burushaski language does not have any solid linguistic links to other languages – making it one of the more unique languages from South Asia. Some ancient Tibetan texts reference a written manuscript from Gilgit that might have been written in Burushaski – although no written works from history have survived in the Burushaski language.

The Wahki language comes from an Eastern Iranian language though, in more recent centuries, native speakers tend to hale from the Wakhan Corridor and Pamir Mountains (a triangular area with shared borders with Afghanistan, Tajikistan, and Pakistan) – the ancestral homeland of the Wahki people found in Hunza. My friends in Upper Hunza have told me their families moved to the Gilgit Baltistan region that is now Hunza roughly 300 years ago – but first-hand documented history of the Wahki people does not seem to exist – adding to the greater mystery that makes up the people and culture of Hunza.

While there may not be basketball and skateboarding happening in the Hunza Valley – Huzai folks love to get down on some sport.

Due to the fact that the lives of Hunza residents are closely intertwined with livestock, it is no surprise that some of the most popular sports in the region involve animals.

Horse Polo is a favorite pastime of men – and there are some truly epic high altitude polo grounds to be found in remote alpine pastures. The rules of the game are not what they are in the west – and matches can get downright rowdy, with LOTS more physical contact between players than one would see at a match in the UK for example.

Buzkashi is an ancient sport unique to parts of Central Asia and the Pamir region. It also involves mounted horsemen, a goal – and wait for it – a headless carcass of a goat or small cow. This sport is losing popularity with the younger generations without a doubt – but is still played annually in the summer and winter throughout Gilgit Baltistan and Hunza. Many people who formally enjoyed playing Buzkashi have sold their horses for the cash to make life more comfortable in the short term – which is making this bizarre yet fascinating sport even less common in Hunza these days.

Sports popular in the west are now very popular with the young people in Hunza. Cricket might be the overall favorite, though I have witnessed intense games between teenagers of volleyball, football (soccer), and ice hockey (in winter).

Unlike other parts of Pakistan, it is common to see both girls and boys engaging in sports – although co-ed games between older teenagers don’t really happen yet.

More and more folks from this area are getting into guiding and climbing as well – they say the best climbers in Pakistan come from Shimshal. That’s why we always use local guides on our trips – nobody knows the mountains like they do.

It is said that the people from the Hunza region have some of the highest life expectancy rates in Pakistan. Diet probably has a lot to do with it, as until recent times most of the food in Hunza was locally produced and organically grown without the use of toxic chemicals. It is also not uncommon to see old people out working hard in their fields well into their eighties.

Unlike in the west, access to regular or even basic health care was and still is pretty much non-existent. People relied on local remedies and treatments when they got sick – and even now if someone needs serious treatment for something – they must travel back to one of the cities in Punjab or Sindh – sometimes thousands of kilometers away.

When you compare that scenario to the number of times the average 80-year-old American has been to the doctor in their life – the long life of Hunza residents is even more impressive.

Throw in the fresh mountain air, a lifetime of walking in hilly terrain every day, and little to no alcohol or drugs (well there is the local spirit known as Hunza Water), and there you might have the secret to the long lifespans found in Hunza.

Note to self: eat well, walk in the mountains a lot, work hard, and keep things simple.

This subject is definitely linked to the long lifespans of local residents mentioned above – because eating a ton of freshly grown produce throughout your life is sure to keep you healthier than drinking Cocacola and eating Lays potato chips.

Hunza is famous for its fruit trees that light up the valleys in hues of pink, red, and white each spring. When these quiet hamlets pull out winter, they do so in style. Farmers are out tilling up the fields, sowing seeds of staple crops they will harvest in the summer and the fall as the fruit-bearing trees put on a display that rivals the famous cherry blossom scenes in Japan.

Part of the mindset in Hunza for generations has been self-reliance. There is a real can-do attitude amongst the people here – and this characteristic is probably a big reason why the communities of lower and upper Hunza have thrived in the face of relative isolation for so long.

The three most common fruits grown are apples, cherries, and apricots – and most are varietals not grown in too many other places in the world.

Crops like potatoes and wheat do well in the harsh mountain conditions and fertile soils. Another distinct quality of Hunza culture is that women are much more involved with tending animals and crops than men are.

Sometimes you will see couples working together, but most of the time it is the local women who are milking the cows every day, harvesting potatoes, cutting grass for the livestock to eat, collecting firewood, and producing dried fruit.

The average rate of literacy in Pakistan hangs at about 60% – and in some rural areas of Punjab and the south – literacy rates are far lower – as low as 15% in some small villages, and even lower for women.

In Hunza however, literacy rates are among the highest in the country – around 95%. Education for girls and women is also very high when compared to other parts of the country – which is largely due to the fact that there are no societal or cultural pressures in Hunza placing restrictions on female education.

Kids as young as 12 years old might be fluent in Urdu, Wahki, and conversational in English – which is definitely above and beyond the abilities of the average kid born in America.

Internet access in recent years has improved 1000% across Hunza, giving people direct access to western and local media/culture, Youtube, social media, and the like. All of this culminates in Hunza being far less isolated than it was in the past and sets the stage for major changes in the region over the next few generations.

Despite influences from the outside world pouring in from all sides, the strong Hunzai spirit born in the Karakoram remains strong, resilient, and very much alive – as does the feeling of some ancient magic found in every corner of the valley.

More from the blog Here at Epic Backpacker Tours, adventure is constantly on our minds.

Our blog – or Journal as we like to call it – contains epic trip stories, photo diaries, and news about new tours.

Thanks for checking it out!

The Glaciers of Pakistan – An Overview

All About Food in Pakistan

Get to Know a Guide: Chris Lininger 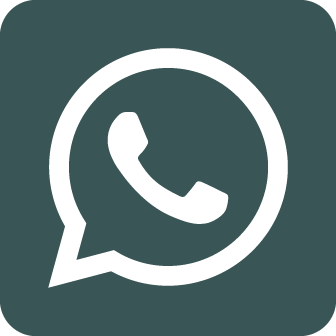